Book Direct with the Owner at Howard Park Wines with Accommodation Gladstone in Cowaramup Click on the Email or Call Now button to get your special price.

The Howard Park Wines lineage has always consisted of the noble varieties of Chardonnay, Riesling and the blend of Cabernet Sauvignon Merlot. The Sauvignon Blanc is a new addition to the family, released in November 2003 for the first time. Noted for their rare balance of elegance and power and a proven history of ageing with increased complexity and interest, these wines are always in demand. Australia’s specialist wine auction company, Langtons’s classifies the Howard Park Cabernet Sauvignon Merlot within the ‘excellent’ class - a classification described as “blue chip, high performing wines of exquisite quality”. Howard Park's newest winery is located just outside the small town of Cowaramup, the birthplace thirty five years ago of what is now the Margaret River Wine Region. Howard Park Single Vineyard Series include: Howard Park Leston Shiraz, Leston Cabernet Sauvignon and Leston Chardonnay from Western Australia’s Margaret River. Howard Park Scotsdale Shiraz, Scotsdale Cabernet and Scotsdale Pinot from Western Australia’s Great Southern. Maintaining the qualities we’ve learnt to expect, Howard Park’s new quartette of regional wine merits the accolades of “best Shiraz in Australia” and “magical cabernets”. A Shiraz and Cabernet Sauvignon produced from single vineyards in Margaret River (Leston) and the Great Southern (Scotsdale) is testimony to Howard Park’s dedication to these two premier West Australian grape growing regions. Owners Jeff and Amy Burch's greatest passions in life include family and wine. The essence of these passions will be defined on your discovery of the Howard Park Wines web site. Browse through our selection of award winning Australian wines and become a member of our premium wine club to receive special prices and early access to new release wines.

Accommodation Gladstone welcomes Howard Park Wines, the ideal Cowaramup WA Holiday outlet for all the family to enjoy.  We have made sure that we have thought of everything you would expect from your vacation with many features, click on the email or phone now button to get in touch with the owner.

Is Howard Park Wines in Cowaramup your property on Accommodation Gladstone, please claim your listing and subscribe to update your contact details and receive your phone calls and emails from your clients. 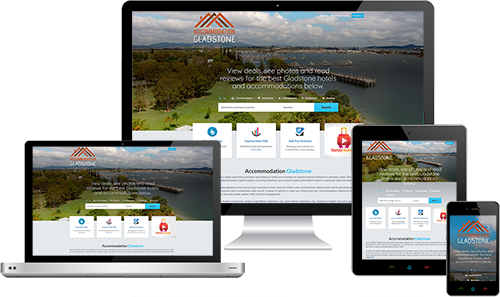 Why is it important toClaim my Listing